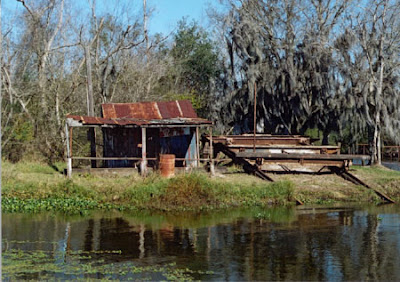 I wrote this story in memory of my grandfather, Carl Perry, (1901-1993) the man whose first and last names I bear. As a boy, I remember him as a grizzled and funny-smelling old man. He taught my brother and me how to fish, how to use a lasso like a cowboy and how to whistle a quail right up to the back door of his house. He also told us stories of his life, a life that had been more than a little colorful and more than a little adventurous -- his story of how he spent the night in a South American jail was racist, sexist, and side-splittingly funny.

The majority of incidents in this story never happened; nonetheless, they are all true.
Posted by Steve Perry at 2:54 PM