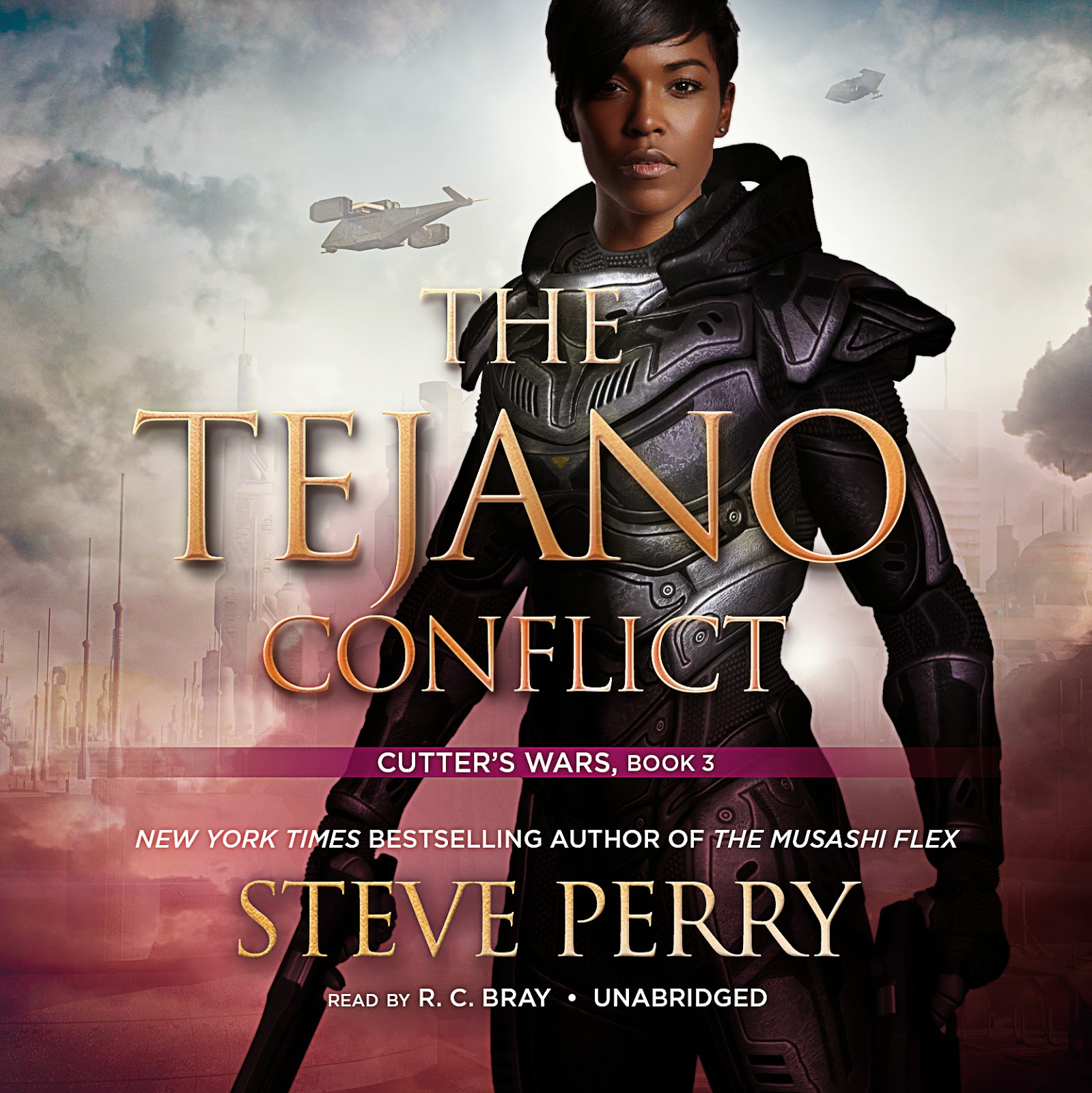 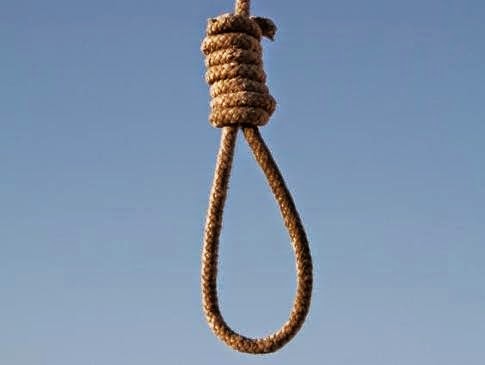 Come the cold and rain in the fall, I sometimes get reflective about old memories, and here's one that burbled up ...

Aeons ago, we had a close friend who met the man she thought was The One. They courted, then moved in together, and bliss was in the air. Happily-ever-after bloomed, and hurray! she deserved it.

Fast forward just under two years, and to abridge the story, the man was NOT The One. There came a terrible row and a break-up.

Emotionally wrought, our friend came to stay with us. I cleared out my office and made it into a bedroom. For the next few weeks, she was submerged in the greatest depths of depression and grief. We tried to help, but in such circumstances, there was little we could do. The death of a relationship needs the same stages as a real death, and it can be a slow process.

We offered support, quiet, and hoped for recovery.

(In an odd happening, early on, our friend dismantled the door knob and latch to the office-gone-to-bedroom and swapped it with the one from the hall bathroom, which could be locked. Nobody would have gone into her room without knocking, but there you go; grief does strange things to people.)

Time dragged on. Recovery did not seem to be in the offing. Our wounded friend would spend all morning planning a trip to the store to buy a single orange. An hour at the store to make the selection. The rest of the afternoon recovering from the trip. The air here was too thick with traffic fumes. The tiniest bit of something unusual in her food would cause her stomach to roil for days. Misery was a heavy blanket, and it covered not only her, but the whole house.

Every red door needed to be painted black.

We saw this, and after a time, also saw that it was beyond our ability to heal. See somebody, we said. Get professional help from somebody who knows how.

We kept trying. Talked for hours. Was a solicitous as we could be.

She got to the stage where she began rewriting the conflict with Not-The-One. It was all his fault, she decided, she had done nothing wrong, nothing, save to be kind, loving and open, and he was an oafish, blind loser who couldn’t appreciate what she had to offer!

Okay. We didn’t completely agree with that, given some of what we had seen and heard, but we mostly went along. (Any deviation from this absolute was met with instant rage: No! No! It was him! Him! In no way me!)

Fine. We’ll shut up now. You are suffering. Whatever you need to get by.

Eventually, we shrugged and moved along with our lives, and eventually, she packed up and moved away, unhappy that we weren’t more help. How could we not see? Her grief was as powerful as if they had been married fifty years and he had suddenly died. She was bereft. Suck it up and get over it? Not the way to look at it.

Then came a series of phone calls from afar. We needed to see how badly she had been treated. How we had been mistaken in our thinking that she was in any way responsible for the situation, either with Not-The-One or our interaction with her while she was under our roof. We had fallen short in the friends department. She was putting her ducks in a row, and we needed to move to our proper place.

Okay, I said, let’s put it all behind us and move on. I certainly could have been mistaken in how I had seen things, and if so, I hereso apologize.

No, not “could be,” you WERE mistaken! No question! And how you spoke to it? You didn’t really feel that way …

Wait, wait. What? I didn’t feel that way?

That’s right. You didn’t see it correctly, so you couldn’t have really been in that mind-set, and you need to re-think it and see that I am right. You need to see that you were wrong about it.

Whoa. Hold up. I will admit I could have been wrong. I don’t think I was, but we all know memory is a faulty machine, and I am sorry  if I missed shit, but at the time all this went down, I surely know how I felt about it. My facts might have been askew, but my own feelings were what they were. It is what I thought I saw at the time.

Over the course of a conversation lasting several hours, then several more conversations,, it became apparent that, for our friend to deal with this how she wanted, I had to revise my memory so that it agreed with hers 100%.

Not just acceptance; I had to love Big Brother …

I could go a ways down the road, but for me to say what she apparently wanted to hear, I had to say something that simply wasn’t true. I couldn’t do it. Or wouldn’t, which made the effect the same.

It became the crux of every subsequent conversation, and these were many and long.

Finally, I said, Okay, listen: We have danced around this fifty-seven times, and unless you have something new to bring to the discussion, it isn’t going to be resolved. Neither of us is apt to have a come-to-Jesus moment that I can see. If you can find a new line, then we can revisit it, but otherwise, I’m not going there any more. We can move on or not.

And that was the end of our long friendship. Because I wouldn’t substitute her beliefs for mine, we got to the end of the road.

Such are the throes of major depression, that reason fails utterly and there is no way out.

I am sorry to have lost my friend, but I can’t say I have regrets about my stance. Sometimes standing where you must leaves you there by yourself, but hey, there it is. Fall reflection of the day …

The Luthier - A Short Short Story

The smell of burning vegetation wasn’t so bad, but when the flow crossed the road? The stink of melting asphalt was acrid, it made your eyes water, and it was hard to draw a breath without coughing. Fortunately, the trades were blowing, so most of the smoke and stench moved away from the village. For now.
A news helicopter flew overhead, noisy and intrusive, a man seated in the back doorway, camera trained on the front of the flow, which was already past Les.
Where Les stood, the lava’s heat was not so bad, and the shell was dark, almost black, with only the small windows here and there to reveal the glowing red-orange underneath. The reports said it was moving at twelve yards an hour, and he guessed it would be no more than half a day before it reached his house, maybe a bit less.
He became aware that somebody had joined him on the hillock. He turned to look.
A young, very tanned woman stood there, maybe twenty-two or three years old, dressed in cut-off jeans and a red T-shirt, black rubber slippahs. She had long, jet hair, and was obviously a native, not a haole like Les, who was old enough to be her father, at least. Maybe her grandfather …
Not local though, he didn’t know her.
“Aloha,” she said.
He nodded. “Aloha.”
“You live in the village.”
“Yep. That house, over there.”
“The big one?”
“No, behind it, to the left, the little one with the metal roof.”
“Ah. Are you sad?”
He glanced away from her at the lava. Looked like it was inflating a little.
“Sure, a little. But Madame Pele claims her own when she wishes. I knew that when I set up shop.”
The young woman smiled. “Yes, Madame Pele does that. You have been here for some time?”
“Fifteen years. Not so long, though I got used to it. Home.”
“What do you do?”
“I’m a luthier. I build ukuleles.”
“Ah.”
“That big house there? That’s Donny Halle’s house. He is a musician, very famous. He plays ukulele.”
“I have heard his music. It is beautiful.”
“It is. He is an artist.”
“If he is rich, he can buy another house,” she said.
“He can probably buy three or four houses.” He smiled.
“You are not rich.”
“Not in money.” He grinned wider.
“In other ways?”
“Halle plays one of my instruments. Every time he goes onto a stage to make his beautiful music, I am there with him, in a small way. I am happy to be able to do that.”
“You build your instruments in your home?”
“Yep.”
“What will you do if Madam Pele takes it?”
“I have my tools and wood packed up. When it gets close, I’ll go find another house. My skills will work anywhere I go.”
“Will not Halle’s skills do the same?”
“Sure.”
“If you could talk to Madame Pele and ask her a favor, what would you say?”
He shrugged. “That maybe she might consider sparing Halle’s house.”
“His, but not yours?”
He shrugged again. “My house is not much.”
“I see your friend has built a levee to turn the flow.”
Yes. Halle had rented some heavy-duty earth-moving equipment, back-hoe,  skip-loaders, whatever, and had men out digging and piling dirt up for a couple weeks, since the topographical maps pretty much showed where the lava was going to go.
There was a wall of semi-packed dirt in front of his house, angled to the northwest, fourteen, fifteen feet high. Halle was hoping it would be enough of a barrier to turn the lava away from his house.
Of course, if it did, it would direct the flow right into Les’s front yard …
“I hope it works,” he said.
“Really? If it does, the lava will take your home, will it not?”
“Be my guess. But Halle brings joy to so many people. He deserves to live well, and he loves that house.”
The young woman smiled. “Without the instrument that you made him, would Halle’s music be as beautiful?”
“He can play a throwaway tourist uke and make it sound good, but I’d like to think it wouldn’t be quite as good as my ukulele.”
She nodded. “I must go. You said you have your things packed?”
“I do.”
“You can unpack them. And tell your rich friend he can stop piling dirt up. The lava is going to stop shortly.”
“You think so?”
She gave him a broad smile. “I do.” Then she flashed him a shaka sign and vanished, like a soap bubble popping in the hot sunshine.
Holy shit! There’s something you didn’t see every day …
Maybe he was having a flashback, or going crazy. People didn’t just disappear like that!
It took him a few minutes to get himself back together.
By the time Les had gotten down the little hill, the lava flow had slowed by half.
By the time he got home, it had stopped.
It would make a great story, but, he decided, maybe it was better if he didn’t tell it.