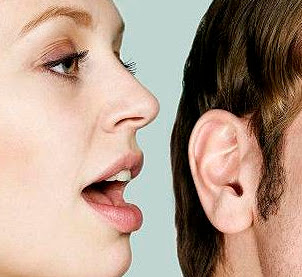 Knew a guy once was a consummate liar. A master of mendacity; a primo prevaricator; a man, who, in the words of the old saying, would climb a tree to tell a lie rather than stay on the ground and tell the truth. If his lips were moving, he was lying ...

Why? As nearly as I could tell, it was always to make himself look better. He wanted people to like him, and he wanted them to admire him. So he never told a tale but that he was the hero of the story, and his heart was always pure, his motives righteous, and his actions justifiable.

Caught a fish? Why, it has huge, would have been a record, seriously! except that his stupid brother dropped it and it got away!

Or that gorgeous woman? They were going to get together and roll around breaking furniture, but her boyfriend found out and threatened to kill himself, and she couldn't let that happen. But she wanted him.

He showed up once looking like something the cat dragged in, all scuffed and bruised.

Jeez, what happened to you?

Well, I was doing a favor for a friend, hush-hush, not entirely above board, can't tell you any more, and I went to this bar and started asking some questions. Stepped on the wrong toes. Got jumped by three guys. Managed to hold my my own and give better than I got, but I took a few hits.

And he shrugged and said, Hey, life in the big city, man ...

Through an odd quirk, I later found out what really happened: He was on a motorcycle, hit a wet patch on the road and put the bike down ...

Could have been a funny story, spun right, but that would have made him look less than completely adept, so he didn't go that route.

Once upon a time, I thought he would have made a great fiction writer, but as I got into doing that, I realized I was wrong. Sure, we make stuff up and lie like a warehouse full of Persian rugs, but the good lies always have truth in them, and the great lies are almost always completely true. He couldn't seem to get there.

Eventually, we tuned him out. He had to find others who didn't know his game, until they caught on, then he had to move along.

I wonder sometimes what happened to him. Dead? In jail? Or, the CEO of a major corporation? 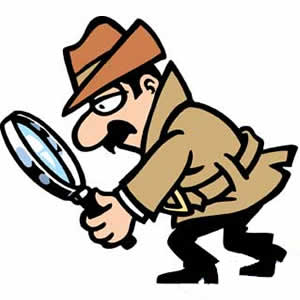 Having been pressed into service to pick up one of the grandsons from high school this week, I had occasion to be parked in my car in the lot when a comely young woman who, by the nature of where we were, had to be in her mid-to-possibly-late teens, walked in front of me.

She was wearing tan tights, and it looked to be as if they had been air-brushed on.

Not to be considered a dirty-old-man staring at a teenager young enough to be my granddaughter, I could not help but notice that she wore nothing under the tights, and such was the thinness of the material that I could not help but notice she had, um ... how to say this? ... ah, golf-greened the lawn. Actually, scalped it right down to the ground.

I didn't seek this out, she walked in front of me.

I am as happy as the next man to look at an attractive woman passing by, and nor am I tights-shaming anybody, but I had to wonder: What was she thinking? Did she not have a mirror? Was she an exhibitionist?

And how is it that the school here in suburban Oregon allowed her to dress thus? Had she been wearing a skirt or shorts or even a long shirt over them earlier?

My daughter, when she was in high school, wanted to wear her pajamas to school, which was for a few days that year, all the rage. We said no. So she put her clothes on over her PJ's and once at school, shucked the outer layer. We found out later ...

Um. I guess the point here is that things sure have changed since I was a teenager. Sometimes for the better, sometimes for the worse, and on some days, I'm not sure which is which ... 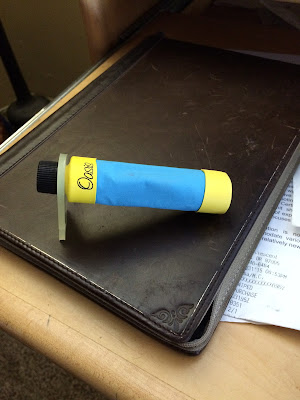 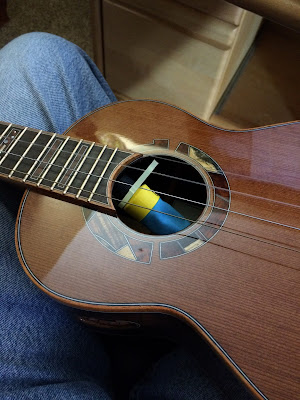 Because low humidity can cause damage to wooden musical instruments, and because we had an especially hot and dry summer, and winter heating tends to dry things out, too, I humidify my guitar and ukes.

What this consists of is usually an old pill bottle with a rolled up sponge in it, with holes punched in the top and bottom of the bottle. You soak the sponge, shake out the excess water, dry it off, and plunk in into your instrument case. The moisture slowly permeates the case and keeps the humidity in the 40-60% range, which is, theoretically, ideal.

Such devices are good, but require frequent attention. A good partner with these is a small hygrometer, which tells you what the humidity is inside the case.

There is a commercial version, made by Oasis (see the images) which has in it water-absorbing beads. You fill it with water and cap it, and the moisture seeps through the osmotic material of which the thing is made.

This device is hooked to the strings and put inside the instrument, the notion being that the body needs the treatment more than the neck or headstock, it being thinner and more prone to cracking if it dries out.

So I got one of these to see how well it worked, and it keeps things going for a week or two without needing a refill, which is much longer than the pill-bottle system.

As you can see from the picture, the device isn't large, about the side of short , fat, cigar.

You open the case, remove the humidifier, play, then put it back.

Most recent excursion to The Lehrer, at the open acoustic jam, I got there, got a beer, unshipped the uke, and in the doing of that, dislodged the humidifier without noticing, whereupon it fell into the bottom of the uke.

I played the whole session without knowing it. At the end, when I was packing up, I realized what had happened.

So much for mindfulness ...

Though I have to say, it didn't seem to hurt the sound too much.
Posted by Steve Perry at 12:17 PM No comments: