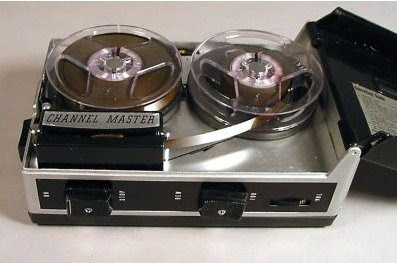 Things you learn early tend to stay with you. Not that you can't unlearn them, it just seems that old tapes are harder to erase once they've played a few thousand times in your head ...
I am an ex-hippie, a thing I've copped to here a time or eighteen. We were, to the straight world around us back in the day, doing stuff that was illegal, immoral, and bad for our hearing -- drugs, sex, and rock 'n' roll.
Ah, the good old days ...
Except that there was a drawback nobody talks about much. As a weekend-hippie -- in that I had the attitudes but not the hardcore look, since I always had some kind of real job -- I lived in two worlds. And since I couldn't reveal my secret identity as someone in the clutches of Reefer Madness to those in the straight world, I -- and a lot of others -- learned a kind of applied schizophrenia. (You just didn't tell the folks at work about getting stoned and heading for the 7-Eleven for munchies, nor about tripping on Saturday night and all the pretty colors and expanded mind stuff, as that would a) get you fired and b) ratted out to the law.)
Somewhere in the Sixties, I heard a piece of advice about this: In such circumstances, you need to behave as if you are a spy in a foreign country. Your private life is way different than your public life, and you need to keep the former behind closed and locked doors, with the blinds slatted shut. Don't tell the kids, either. What they don't know, they can't accidentally reveal at Show and Tell: "Here's my daddy's hash pipe he carved from a deer antler ..."
It's an uncomfortable way to live, always looking over your shoulder and worried. At any second, somebody could arrest you. If you got pulled over for a busted tail light and your car reeked of maryjane? You were off to the hoosegow.
In Louisiana, a bastion of conservatism, getting caught with a joint was worth serious jail time. Not as bad as Texas, where you might get eight hundred years for a doobie -- I'm not kidding here -- but bad enough.
So, a pattern was set and it became reflexive. Don't say nothin' to nobody unless they are part of your tribe, and even then, keep your voice down.
People grow up, change, move on. Dope for me was a dead-end. Can't work on it. Can't work out doing it -- leastways I couldn't. And when you get to the place where you aren't expanding your mind and getting new insights, but just getting stoned? Time to leave it behind. (And some stuff, you don't want to look at -- meth, crack, smack, coke, because the only thing you'll learn going down those roads is a shortcut to hell.)
Thing was, even after I left the far-out-groovy-turn-on-tune-in-drop-out-party -- (I turned off, tuned out, dropped back in) -- the day-to-day mindset had been established. For years, I never spoke of my adventures to anybody who hadn't shared those ways. I was still a hippie living among the straights, insofar as how I looked at life, and it was hard to break those old habits.
A piece of advice -- and while you can take it for what it costs, it is valuable: The closer your public persona is to who you really are? The more relaxed and happier you'll be. Fortunately, the statutes of limitations have run out on deeds I did in the good old days; and since I have become a more or less upstanding citizen -- I don't even drive past one beer -- I don't have to worry about keeping a secret identity. It is a great relief.
It makes life a lot simpler. And safer, too.
Posted by Steve Perry at 11:19 AM

I lived this scenario for years. In fact I still do to an extent. You cannot let your peers in the corporate world know about that acid trip at the zoo or it impacts your credibility.

I remember having a stoner 'mentor' who carefully guided me through the minefield that was stonerhood. In fact I can point to several occasions when the voice of an advanced stoner help me avoid embaraqssment/arrest.

I was shocked when I saw the next generation of dopers wearing bandannas and tshirts with pot leaves emblazoned. It was anathema to me. Why would you advertise?

I asked a couple of the young folks about it and they were of a mind that it was no big deal and more socially acceptable. None of these folks had a rich father to support them throughout their lives so I disagreed. I explained that once you get the doper 'taint' it follows you through life. They in turn disagreed.

I equate the 'reputation' with a tattoo on your neck. You had better have your future fully mapped to include the tattoo in your future employment plans.

There's nothing like a tattoo of pot leaf on your neck to create awkward moments in job interviews.

The Black Belt is only achieved once you learn to abstain.