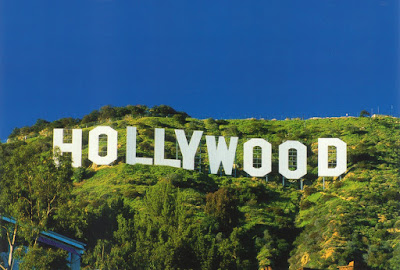 Not a lot of professional courtesy being shown in your examples, that's for sure. Are they waiting for you to get more established before they trust you enough to divulge such trivial facts as character traits? ::rolls eyes::

In my line of work -- doing stories for the WWE video games -- I've never been furnished a bible. I just basically have to really know the product/characters and what they would/wouldn't do. I think part of it is the constant reinvention of their characters.

Most games get the shaft in terms of disclosure of the licensed material. That's one of many reasons licensed games stink. I recall hearing about the Minority Report game, and how the producers gave developers next to nothing -- some concept art at most. They didn't get likeness rights for Tom Cruise, either, so they had a game about a totally different cop, sort of in the future, with jetpacks. You can imagine how that went over.

Thanks for the reply to my recent "fan letter," and especially for the link to your blog in your signature.

They think just like you do, Steve: they want to make a living. Yeah, you have a reputation and plenty of people who'll vouch for you -- but it's likely the guy whose ass is on the line to keep pirate videos out of the hands of the press & public doesn't know them that well (if at all) and isn't willing to risk not just his job, but his career over it. Flying you about: expensive.

Blowing the PR campaign apart because things leaked that shouldn't have? Really expensive, certainly in the hundreds of thousands of dollars, possibly millions.

Getting a job at Jerry's Deli because no one in the industry will ever hire you again? Priceless.

... they don't even need you to be unreliable. All they need to do is put themselves in a circumstance where a copy of the tape could be leaked, and a rival who knows about it will leak it to knife them.

CYA, sure, but perfectly sensible for the world they live in.

I don't believe they think like I do, Dan. We are talking about a one-shot animation movie that -- not to put too fine a point on it -- tanked big-time.

The reviews of the novelization were pretty good, better than the movie got.

If George Lucas wants to mail copies of the script for a new Star Wars movie to every house in America, I don't think that would hurt the attendance to the movie an iota. Anybody tries to swipe a drop of oil off Artoo's axles will be sued into the ground faster than you can say, "Oh, shit, here come the lawyers!"

There may be some cutthroat competition in some areas -- if you are bringing out a new game and trying to beat the programmer down the block, but the Hollywood guys see boogyemen where there aren't any.

Nobody cared about that movie in droves, and nobody was standing in the wings waiting to scarf up a copy of the rough for any reason.

If I knew what you were bringing out in your latest animation movie two months before it hit the theaters, it wouldn't do me any good at all -- it takes years to produce a cell-animation picture. I'd never be able to catch up if you gave me three years notice.

Anybody out there with the technology to duplicate Wall-E or Up, with sixty days notice? Not just the images, but the writing and acting and sound?

I could have stuck a pocket videocam into my shirt and copied the entire video and they'd never have known, if that had been my wont.

Caution is one thing; paranoia is something else ...

Well, there is one other thing I think you all should consider: Minimum Work Requirements.

Over the past 11 years of being a network manager, I have worked for some VERY high-standard companies: The best hardware, all software was licensed, I was given a budget, a deadline, a team and a free hand. I was told I could run the show however I saw fit, providing that by 5:00 every day, the job was DONE.

Naturally, the amount of unfinished work or downtime for the network in these situations was almost zero. The Computer Gods had to do some SERIOUS conspiring to get overtime out of us, and most projects were delivered under budget and ahead of schedule.

Those working environments were as rare as owl's teeth. I didn't realize how good I had it then.

I next embarked on a series of jobs that were one disappointment after another...Frankenstein networks with components from the early 90's, Three different versions of windows trying to run on NT Server 6.0 with all kinds of unsupported software, a $10.00 per year budget, twice as many end users and just myself as Help Desk, Network Administrator, Hardware, Software, Licensing, Purchasing, projects, etc. because my bosses were trying to cut corners...The list just goes on.

After a complete mental breakdown with obligatory murderous intentions, I realized that, in order to do my job as a Network Manager, I have a standard that the employer MUST meet, if he wants me to be able to deliver 100% efficiency. Also, I won't work for anyone who offers me something beneath my minimum requirements. Do you want my expertise? You must shell out X-amount of money to have a system I won't have to stay until late at night servicing, or it's no deal.

There are some lessons I can learn in the writing profession, without having to do it the hard way all the time as well (Shut up, Steve.) What Perry described, I would have chopped off at "You have to give us an idea of what you have in mind before we are allowed to send you a bible." Having seen it once in another profession, I'm pretty sure there is a minimum amount of collateral I would need for writing as well.

I've had a couple of requests to add some flavor to a novel in the past, and always the writer has provided, at minimum, the chapter my section is going in. One in particular was on a subject I am uniquely qualified to expound upon, and without the writer sending me the parts he planned on using my stuff in, I wouldn't have been able to give him anything of use, thus wasting his time and mine. I can tell you right now, IT MAKES A DAMN DIFFERENCE.

I'm not in the position other writers are at this moment, I don't even have a short story published, let alone a novel. So I don't know what it's like to try to get my foot in the door in Hollywood and have them give me the business with one hand while smiling and shaking the other.

But I like to think that if someone approaches me with the same deal in the future, I'll remember this story and say "Tell 'ya what, Hollywood Mogul Guy; You find someone willing to put up with the horseshit your offering right now, and I'll get back to work on what I'm writing. Comeback if, and ONLY if, you have a serious offer."

I found your blogpost very interesting.i am Nick Robinson,a community member at www.nondisclosure-agreement.com and www.patents.com.Will like to talk(through email) to you,is this the right time to talk about or should we talk during weekends ?

The reality of the risk and consequences do not matter: people make decisions to avoid what they perceive as the most dire consequences to them, without assessing the probability of that consequence occurring.

In this case, in that person's mind, the consequences of spending (at most) a few thousand dollars is not going to affect that person, especially as it can be justified as protecting their intellectual property. The consequences of being the one who let the movie leak on the other hand ... especially if the movie's not good and this person did leak it: how would one proof it wasn't leaking it out that caused it to tank?

In my profession you see it all the time: people do not make decisions on what is best for the situation, the company, themselves, but on avoiding what is the worst possible consequence for them. It's where you get things like "nobody ever go fired for buying (IBM, Microsoft, etcetera)" and "best practices" and "industry accepted standards" and so on.

IMO the latter example is actually reasonable considering the terrible trouble studios have with copycats and copyright issues. They always worry about someone seeing an early script or unfinished film, quickly churning one out and getting it to market ahead of the original, and then suing the studio for infringement. Now there's also the piracy issue which is its own whole can of worms...

Not to differ with you in any way of course-- your insights into the trade are always very, well, insightful.

My book is finished and out at an agent. Your musings, and insane prolificness (prolixity?) probably helped. I'll raise a tankard of mead to you down at the slanshack later (the book being sci-fi and all).

I've lived in L.A. my whole life and seen people get fired for stuff like this. I've worked in the industry a little bit (the writer's guild still sends me statements, just as if I'd had a career at it) and had friends who worked in it a lot -- maybe I'm one of the people who doesn't think like you, because none of this seems unreasonable to me. I'd probably have done the same -- spent someone else's money rather than risking my career? That just seems sensible to me.

Now, I admit, I'd probably make a different decision if it was my studio, my production company, my money -- but as an employee with no equity? Makes perfect sense they did what they did.

I can understand the worry about stuff getting out of the house, but if you hire somebody to work for you and give them half of what they need to do the job, there is no way that's anything but shoot-yourself-in-the-foot stupid.

I worked for 'em, I had the script, I had the character models, and I needed the video. These days, they could have given me a private link and streamed it, but it didn't make any sense back then, nor does it to me now.

Like going to the doctor because you have something wrong, but not telling him what it is.